We are open! Click here to read our message regarding COVID19 and visiting the nursery this fall.

Now reading: Peonies in Chinese Art
Share
PrevNext
As we survey our garden of green shrubs, and fight to find room for a dozen more tomato plants here and a hill of squash there, even we occasionally need to be reminded of why we have devoted our land, labor and love to peonies. One way we do this is by reflecting on the Chinese experience and interactions with tree peonies. Long before the tulip mania of 17th century Holland, there was peony mania in China. By the Tang dynasty (8-12th centuries CE) tree peonies were well established in the Chinese cultural esthetic as symbols of female beauty, and love and well as wealth and status. By the Song dynasty, tree peonies had become a favorite muse of Chinese painters. Today they are still one of the classical subjects. 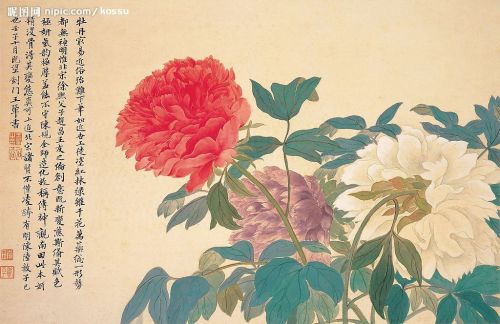 This Ming dynasty painting of two beauties brings to mind a Tang dynasty poem of unknown authorship entitled Teasing.
Peonies
wet with dew
like peals
the real thing.
A pretty girl
breaking one off
strolls out to the front courtyard
and smiles.
asking her lover
‘is the flower
prettier than my face?’
The lover
meaning to tease her
says
‘Yes! the flower’s prettier’
At which
in a burst of girlish rage
she crumples the flower to bits
and flings them
at him
Tree peonies also came to be an element in design motifs of the less rarefied, but no less beautiful crafts like ceramics and stone carving.

Detail of stone pillar support in the Forbidden City, Beijing.

Detail of decorative ceramic tile in the Forbidden City, Beijing. 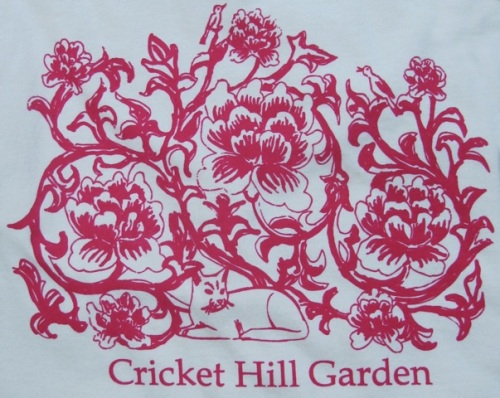 The new Peony Heaven unisex t-shirt, our own contribution to the pantheon of peony inspired art. Wear it equally well for a day spent in the garden or a museum.

Court Artists under the Qianlong emperor (r.1735-95), Activities of the Months: Fourth Month.

The royal fixation with tree peonies is show in the this painting from the Qing dynasty. The sole activity of April seems to be appreciating the tree peonies. Lest we think of peonies as solely the privilege of the wealthy to enjoy, it is important to remember that tree peonies are with good reason the ‘national flower’ of China. In a society so often divided by class and inequality, tree peonies are one of the cultural artifacts, like dumplings and baijiu, aka Chinese white lightning, which serve as the cohesive glue that help unite such a large and diverse society. 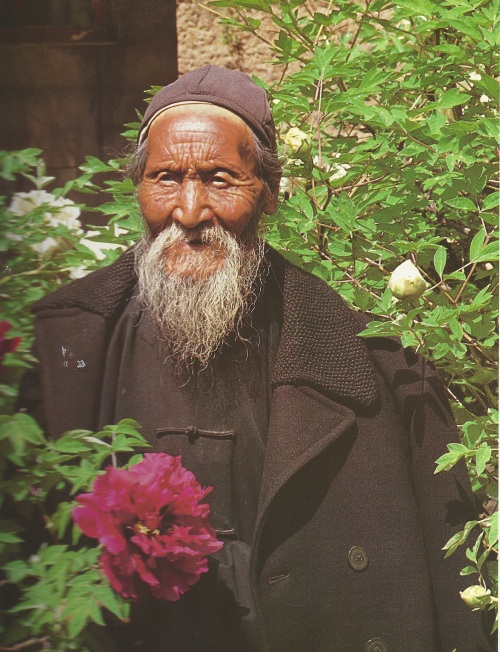 Old farmer of rural Gansu province with a tree peony in his garden.