Click here for information on visiting the nursery summer and fall 2021.

Peonies, both tree and herbaceous first attracted human interest thousands of years ago. While we today primarily think of peonies as stunning ornamentals, our ancestors viewed them as important medicinal plants. 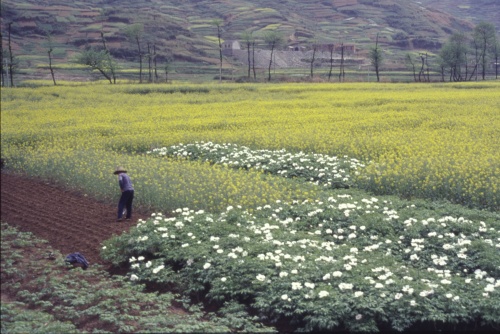 Tree and herbaceous peonies are native to Eastern China and wild herbaceous peonies are found growing throughout the Mediterranean regions of Europe. Tree peonies were anointed the national flower of China where they were crowned the ‘king of flowers’  or hua wang over 2000 years ago. An anonymous Greek poet penned a similar sentiment around 300 CE with the epitaph: “Peony, queen of all herbs…” Indeed, it is striking and attests to the real medicinal value of peony roots that in both Greece and China written records survive from the 1st century CE which speak of their beneficial medical properties.

Peony roots contain alkaloids and glucosides. In both China and Europe the roots of peonies are traditionally used for their antispasmodic qualities. It is asserted to have been successfully employed in relieving epilepsy, spasms, and various nervous afflictions. In traditional Chinese medicine, dried peony root is used to treat liver abnormalities, improve blood circulation, as well as to ease a women’s menstruation pains. One of the primary varieties of tree peonies grown for use in Chinese medicine is Phoenix White, which is also cultivated for it’s beautiful flowers.

Paeonia mascula (above) and Paeonia officinalis in the herbal guide of the Greek herbalist Pedanios Dioscorides (c.500 CE).

Our word peony has its roots in ancient Greek. The plant was recognized to possess many curative properties, and was thus given an association with the gods. Paeon, was the physician to the Greek gods and is said to have discovered the uses of the peony root. According to myth, Paeon was a student of Asclepius, the god of medicine and healing. Leto, the goddess of fertility once told Paeon of a special root growing on the slopes of Mt. Olympus which would help soothe the pains of childbirth. Asclepius became jealous of his student, and in his rage threatened to kill Paeon. In order to save Paeon, Zeus turned him into a peony flower so that he could continue to alleviate the pain of women in childbirth. Some sources state that peony seeds were taken by pregnant women in ancient Greece. 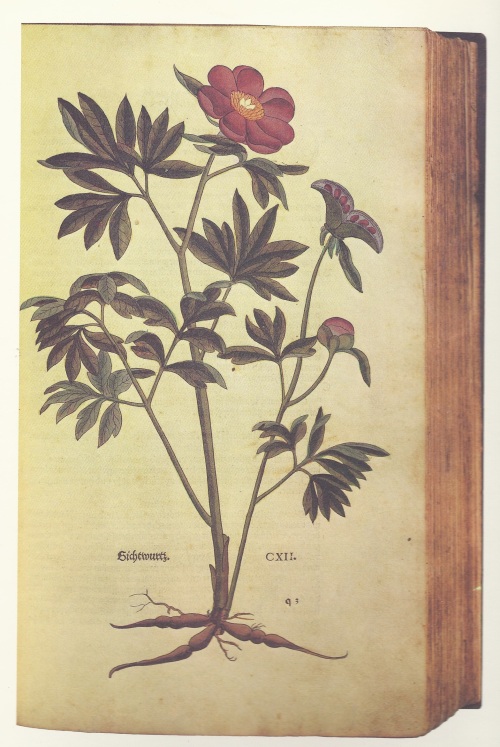 The Roman Philny the Elder wrote that a tincture of peony roots “prevents the mocking illusions that the Fauns bring to us in our sleep.” This illustration comes from a 16th century German herbal.

In Chinese, the characters for both ‘tree peony’ and ‘herbaceous peony’ also show that these plants were first associated with medicine and healing. In Chinese, tree peony is ‘mudan.’ This compound word consists of two characters. The first ‘mu,’ is composed of two radicals, one which means ox or bull, and the other which signifies something of the earth, or made of earth. The second character, ‘dan‘ represents a medical pill. It can also mean the color red, or the mineral cinnabar. 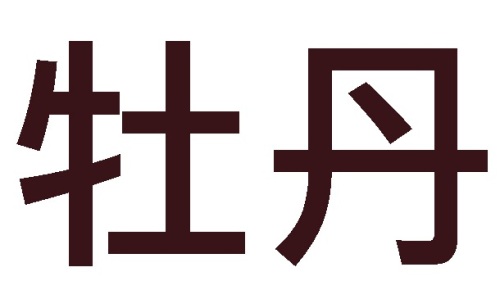 The compound character for herbaceous peony, ‘shao yao‘  reveals the original medical use of the plant. The first character, ‘shao‘ is composed of the sign for plants atop the pictogram for a full spoon or ladle. The second character, ‘yao‘ means medicine, literally, “the plants which bring happiness.”